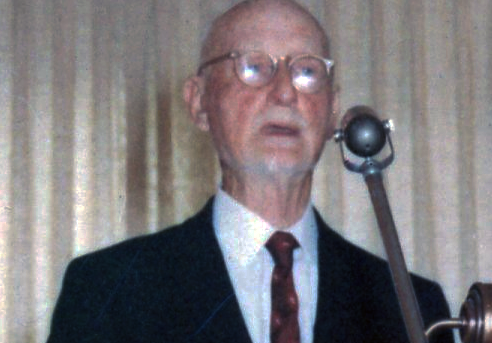 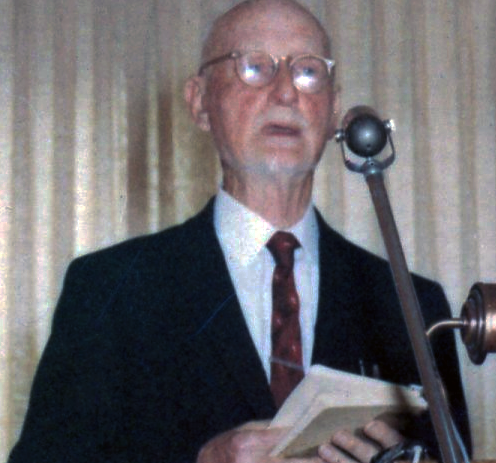 Stanwood Cobb investigated the Bahá’í Faith after being attracted by articles in the Boston Transcript. In 1906 during his studies at Harvard Divinity he pursued his interest at Green Acre, meeting noted Baha’is Sarah Farmer and Thornton Chase, and later joined the faith.

Stanwood Cobb was born on November 6, 1881, in Newton, Massachusetts.  He died on December 29, 1982, Chevy Chase, Maryland, and is buried at Rock Creek Cemetery in the North West section of Washington, DC.  After moving from Washington, DC he resided for many years at 19 Grafton Street, Chevy Chase, Maryland.  Dr. Cobb was recognized for his accomplishments and achievements and, as such, was accepted as a member of the Comos Club.

Dr. Stanwood Cobb achieved the presence of Abdu’l-Baha during the latter’s visit to the United States in 1912, and who predicted that Dr. Cobb would live to attain his one-hundred birthday.  Upon reaching that momentous milestone in 1981, Dr. Cobb penned and then published the following statement to commemorate the occasion: 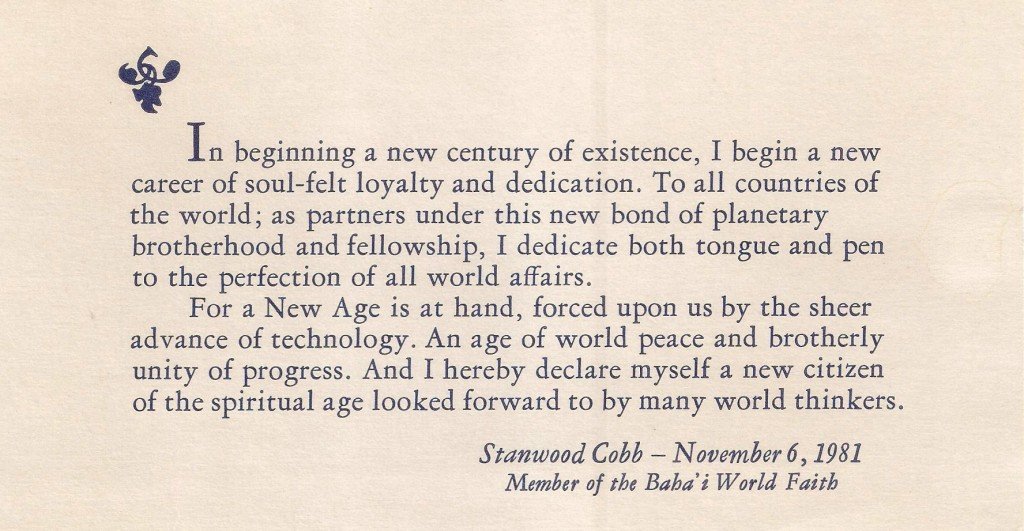 Dr. Cobb edited two Baha’i journals: Star of the West in 1924, and World Order from 1935-39, was a founding member of the Spiritual Assembly of the Baha’is of Washington D. C. in 1933, served on various committees, and was Chairman of the Teaching Committee in 1935.

Dr. Cobb resided within a twenty minute drive of the Washington DC Baha’i Center, and would often visit to give talks when invited.  As a previous member of the Washington Baha’i community and as a founding member of its administrative board, he was invited to give the featured presentation at the dedication ceremony of the first Baha’i community-owned center in the Nations Capital, seen above giving his presentation.  During his visits to the Baha’i Center he would be accompanied by Scott, his assistant, and an accomplished pianist who would on occasion perform musical recitals at the Baha’i Center.

Dr. Cobb was a member of the exclusive Cosmos Club, “a private social club, incorporated in Washington, D.C. in 1878 by men distinguished in science, literature and the arts”, and since “its founding…has elected as members individuals in virtually every profession that has anything to do with scholarship, creative genius or intellectual distinction”.  Dr. Cobb on several occasions was instrumental in assisting the Spiritual Assembly to acquire use of the club’s facilities to host various events for noted members of the Baha’i Faith.  Meetings were held for Hand of the Cause, William “Bill” Sears who came with his wife, Margaret, and also for Hand of the Cause, Dr. `Alí-Akbar Furútan.

Dr. Cobb loved to be around young people.  During speaking engagements and teaching activities he was always surrounded by young college students who would ‘hang’ on to his every word.  He always expressed the need for maintaining a proper diet and to engage regular exercise, these being necessary additions to one’s pursuit of intellectual growth and spiritual development.  Dr. Cobb personally practiced what he ‘preached’ concerning the need for cultivating a proper lifestyle.  He regularly performed breathing exercises, and was a prolific writer and teacher on these and many other subjects.  His books are available through libraries and publishers.  As an intellectual giant he was a major contributor to humanity’s knowledge base.  For this and his service to the Baha’i community he deserves to be ‘revisited’, to be ‘rediscovered’, in order to gain appreciation for the breath of his learning and the many contributions he made to advance human understanding. 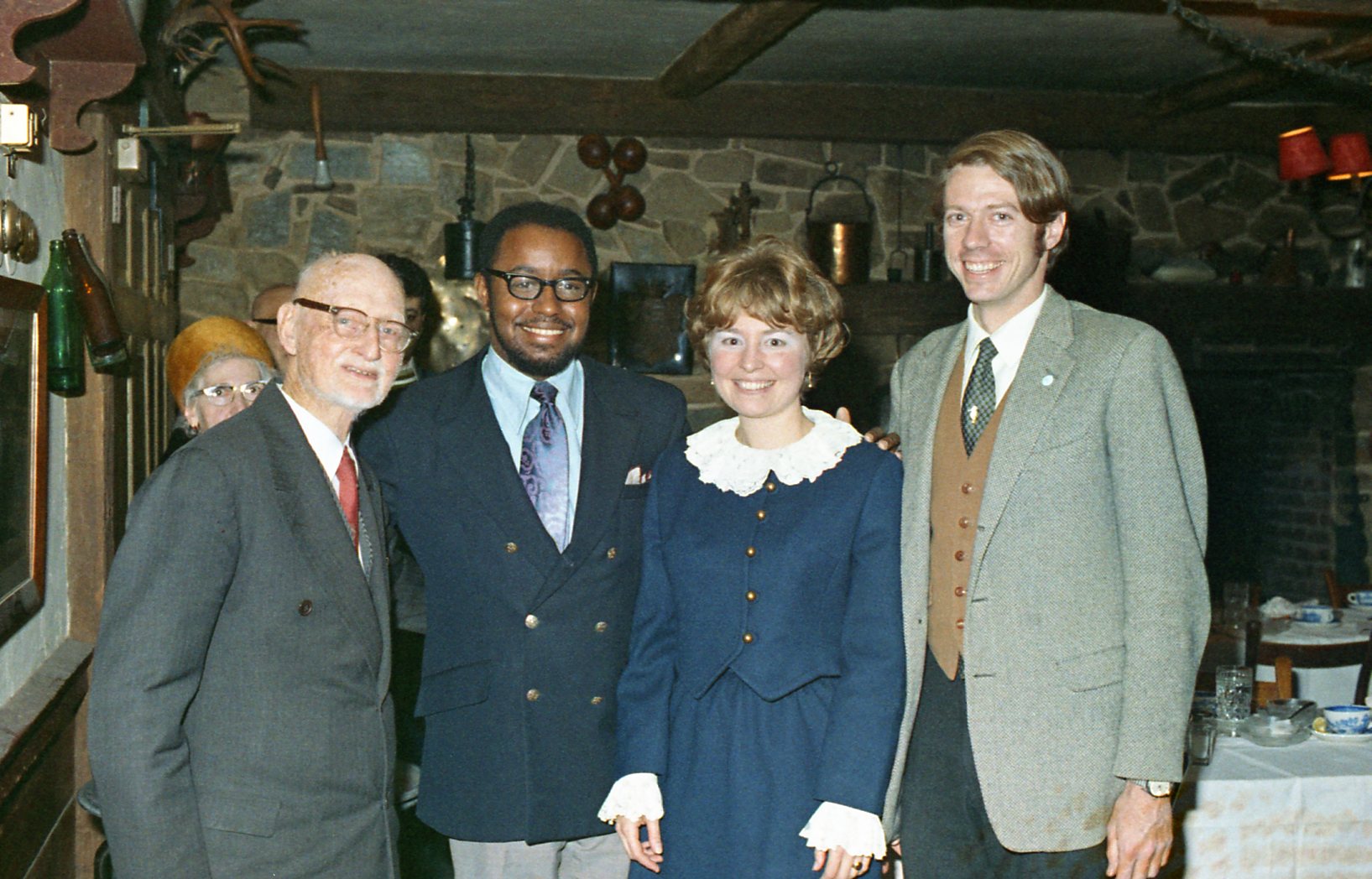 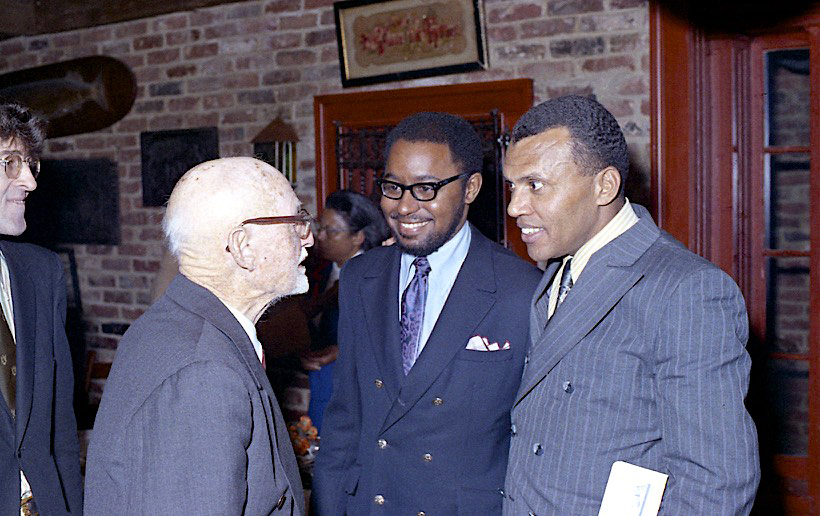 Other Photos:  Attendees at a global economics forum sponsored by the Spiritual Assembly of Washington, DC, c. 1969.