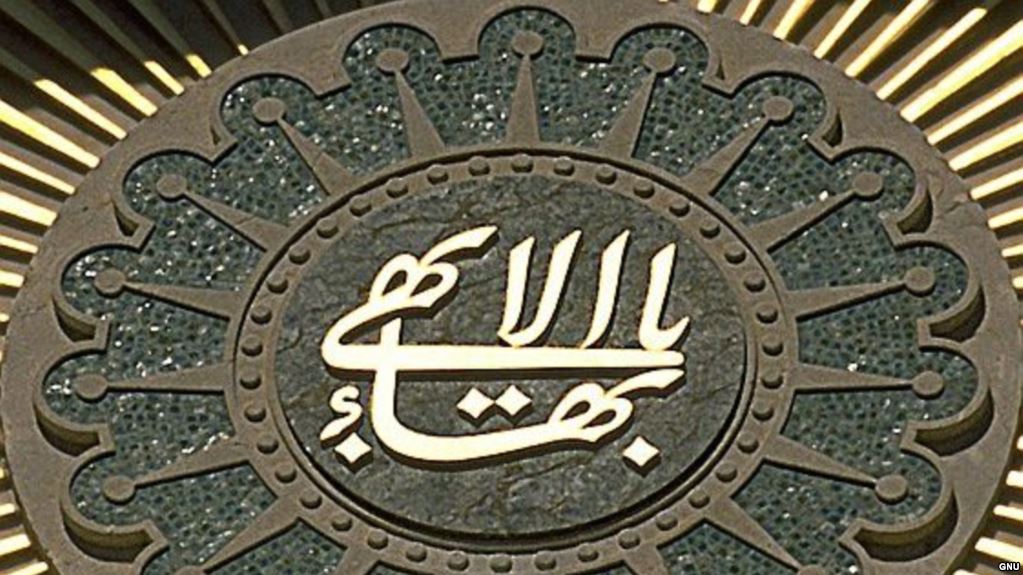 A site destined for a future Mašriqu-l-‘Aḏkār (Bahá’í House of Worship)
is located in the City of Muskegon, State of Michigan, the United States.

Mašriqu-l-‘Aḏkār is an Arabic phrase meaning “Dawning-place of the remembrances of God”) and designates a place of worship of the Bahá’í Faith. The Universal House of Justice, the supreme body of the Bahá’í Faith headquartered in Haifa, Israel not long ago announced new initiatives for future Houses of Worship that calls for building the first national and locally based institutions. This is now in progress. Throughout the Bahá’í world, communities own many properties where Houses of Worship remain to be constructed. Perhaps at some point in the not too distant future, an announcement will be made to officially establish such an institution in Muskegon.

The following brochure was produced by the West Michigan Baha’i Temple Site Planning Committee that operates under the auspices of the Muskegon Local Spiritual Assembly (Baha’i administrative body) to provide maintenance and upkeep for the property. It provides a detailed history of the site came to be designated as the future home of a Mašriqu-l-‘Aḏkār.

Please note that some information dates back to September 1996, and more recently to 2013.

The site is located at the 500 block of Marquette Avenue. It is bordered on the west by Lake Michigan, the same body of water where the national Baha’i Temple is located in Wilmette, Illinois, a suburb of Chicago.

Placed in three sections, click on each to enlarge.  See the BPK Statement (left). 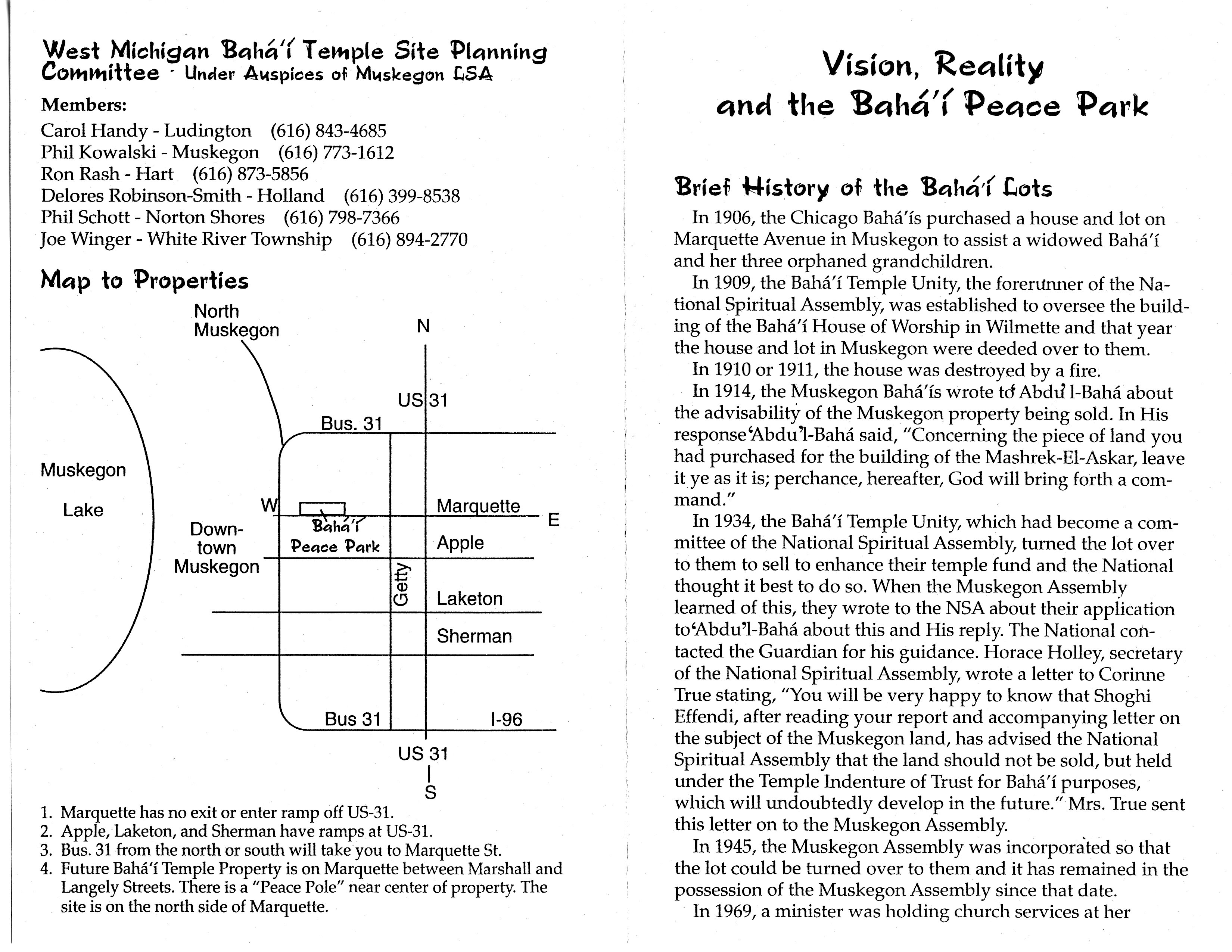 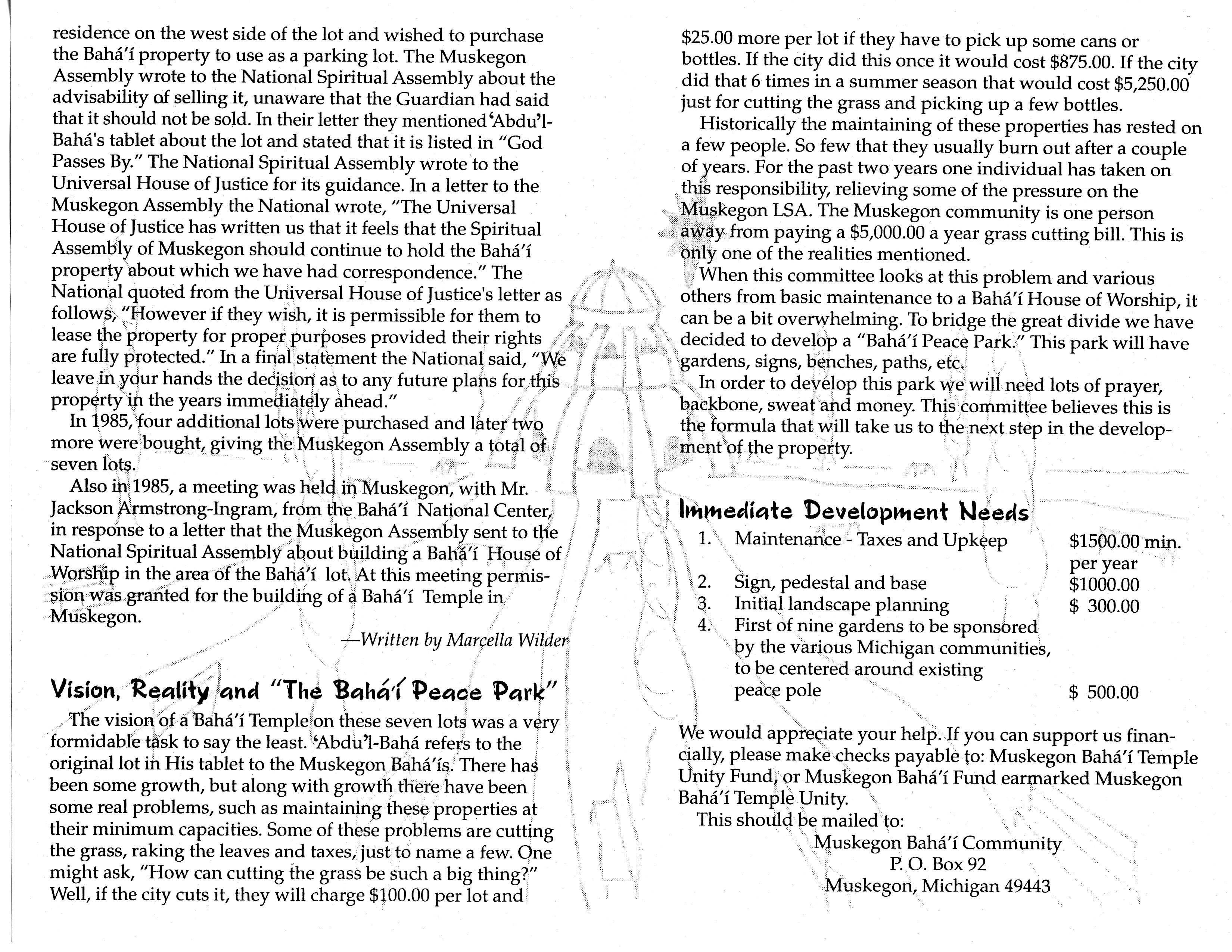 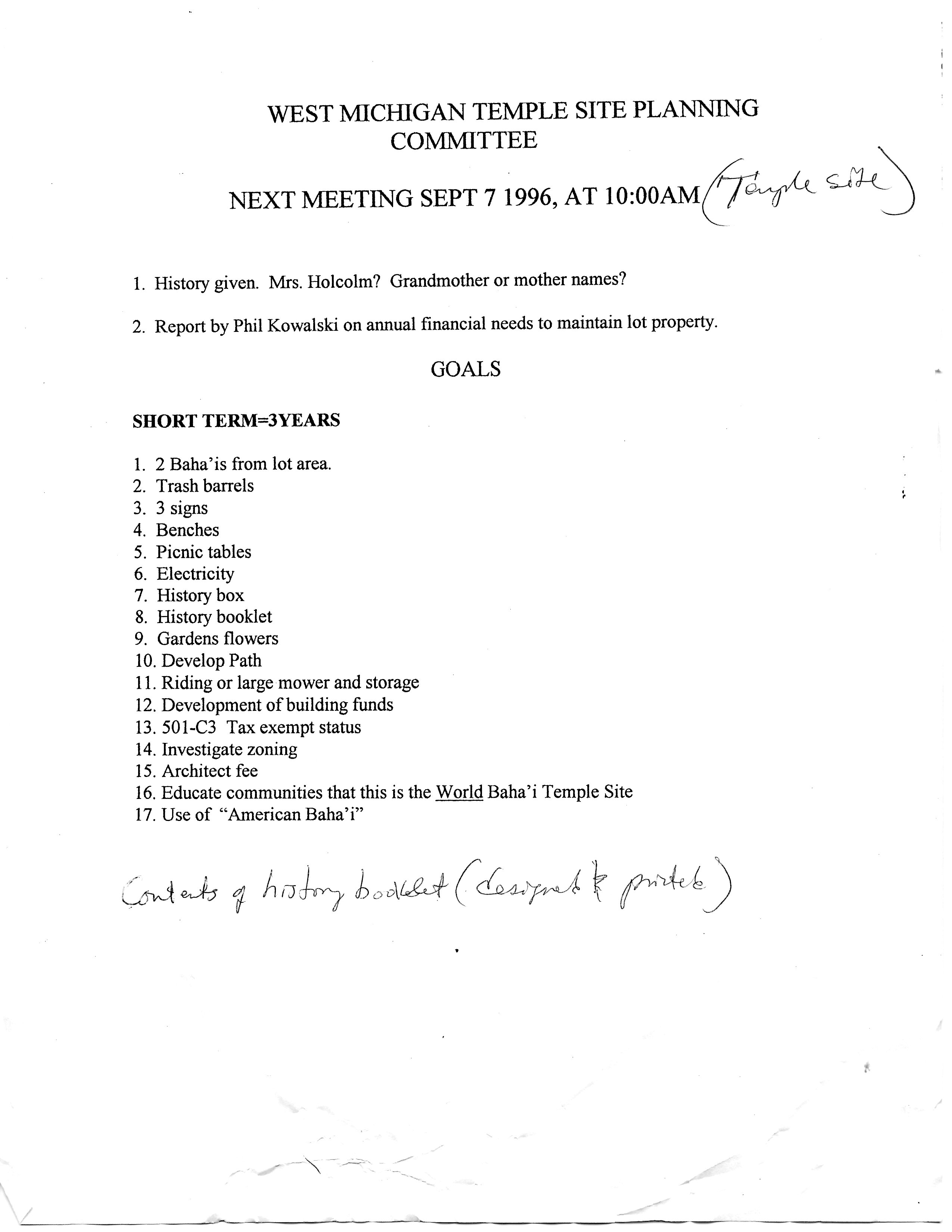