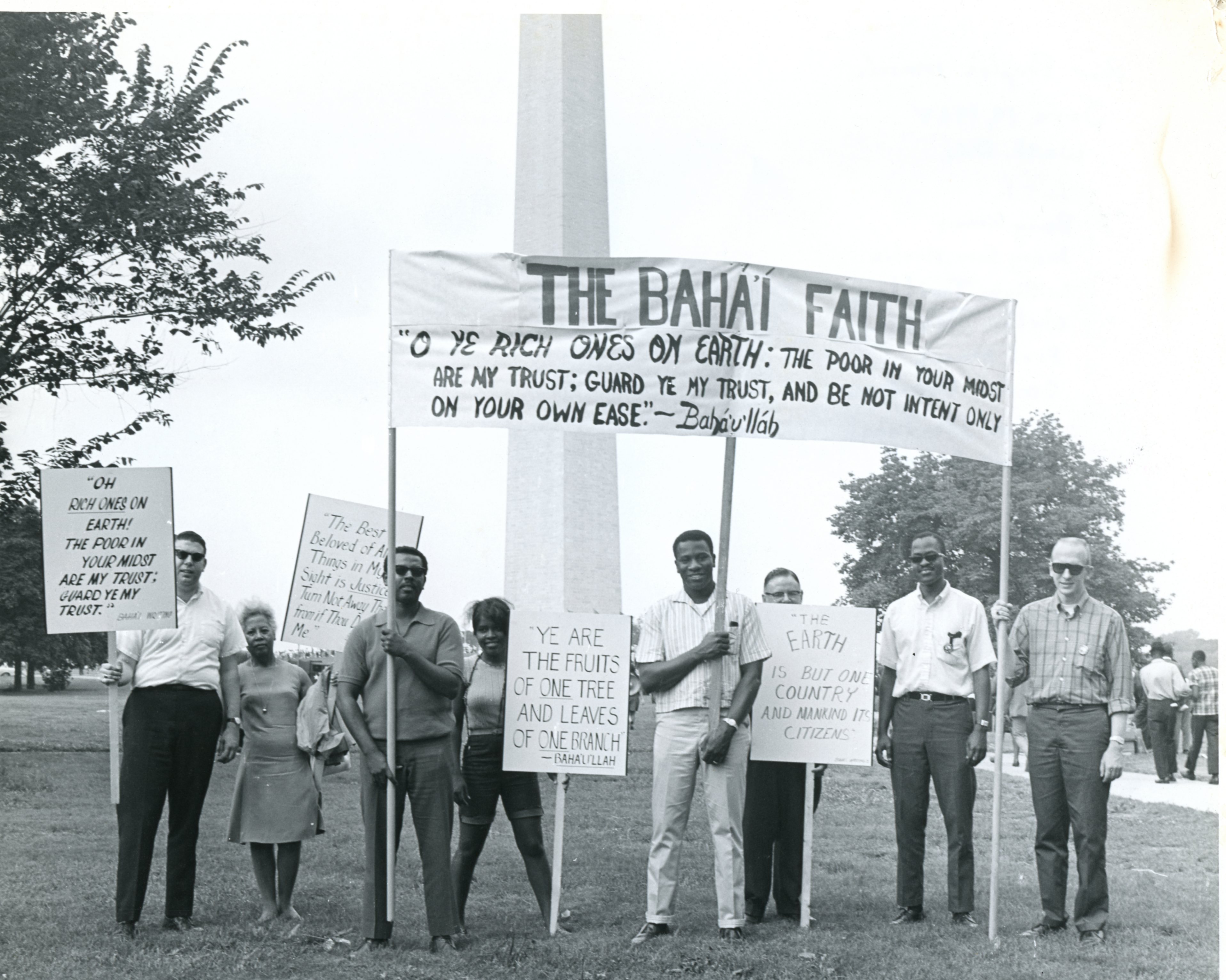 Members from various Baha’i communities gather to participate in
the Poor Peoples Campaign held in the Nations Capital 12 May – 24 June, 1968.

“The Poor People’s Campaign, or Poor People’s March on Washington, was a 1968 effort to gain economic justice for poor people in the United States. It was organized by Martin Luther King, Jr. and the Southern Christian Leadership Conference (SCLC), and carried out under the leadership of Ralph Abernathy in the wake of King’s assassination. The campaign demanded economic and human rights for poor Americans of diverse backgrounds. After presenting an organized set of demands to Congress and executive agencies, participants set up a 3,000-person protest camp on the Washington Mall, where they stayed for six weeks in the spring of 1968.”  ~Wikipedia

The 1960s saw massive changes taking place in American society due to a series of high-level assignations – US President, John F. Kennedy (22 Nov 1963), Minister Malcom X (21 Feb 1965), US Senator, Robert Kennedy (5 June 1968) – the nationwide Civil Rights Movement, and the heightened resistance to the US led war in Vietnam, among others. Throughout the country Baha’is struggled in concerted effort to demonstrate the principles of the faith during the ensuing social chaos, and the Poor Peoples Campaign along with many other events provided many excellent opportunities.

Barry Simms, Mary Jane Austin, Oleatha DeVane, and Fred Myers are members of Baha’i communities located in various Maryland suburbs close-in to the Nations Capital. William Twitty, Gordon Boardman, James Sturdivant, Steve Sewell, and Terry Randolph (photographer) are members of the Washington DC Baha’i community. One side note relates to how the banner was constructed. Several people participated in its construction and Oleatha Devane designed and painted the lettering. However during the process it became apparent that there was not enough canvas to complete the banner. To everyone’s dismay, additional canvas had to be purchased, painted, and then attached to complete the work.