The Pioneer Training Institute has a long history and dates to the first one ever established in the United States, in 1965 at the National Baha’i Center in Wilmette, Illinois. They were organized to provide support, vision, and practical understanding of the challenges faced by those desiring to serve as Baha’i pioneers, especially in foreign lands. This would do much to help stem the number of returnees who have faced the reality that they were ill-prepared to survive in extremely challenging overseas environments.

The list of trainees is posted mainly to support historical research. Some but not all became pioneers, locally or internationally, as the institute was designed to provide spiritual and practical insight about decision-making, preparation, and personal commitment. Attendees would return to their home communities and provide information gained from the institute to encourage the friends to accomplish the yearly pioneering goals received from the Universal House of Justice.

Information will be posted about several other pioneer training activities and will include photographs of those attending to include trainers and key speakers.

First Training Institute Enkindles Pioneering Spirit
“The first Pioneer Training Institute ever attempted in the United States, sponsored by the Foreign Goals Committee, was held at Davison Baha’i School December 27 through 31, 1965. Over fifty Baha’is eager to gain knowledge as well as inspiration for their future pioneering came from near and far. For the five days of the Institute they attended classes from morning through evening sessions, time being taken out only for meals. The courses were intensely interesting, varied and inspiring so that the time passed quickly and each one went away feeling that his plans for serving the Cause of God were more clear, well laid and confirmed. Each of the six members of the staff who conducted courses had pioneered outside the United States, some for over ten years. Thus the teachers spoke from a wealth of experience gained at their posts of widely varying types and locations.”

“This Institute, made possible  by the devoted cooperation of so many who have already given their hearts and time to teaching the Faith of Baha’u’llah to those in other lands is, the Committee fully expects, the first of many more similar sessions. At frequent intervals and in various places the friends will gather in the future  in order that those who long to serve Baha’u’llah in this most worthy of all ways may be helped to attain their purpose.” 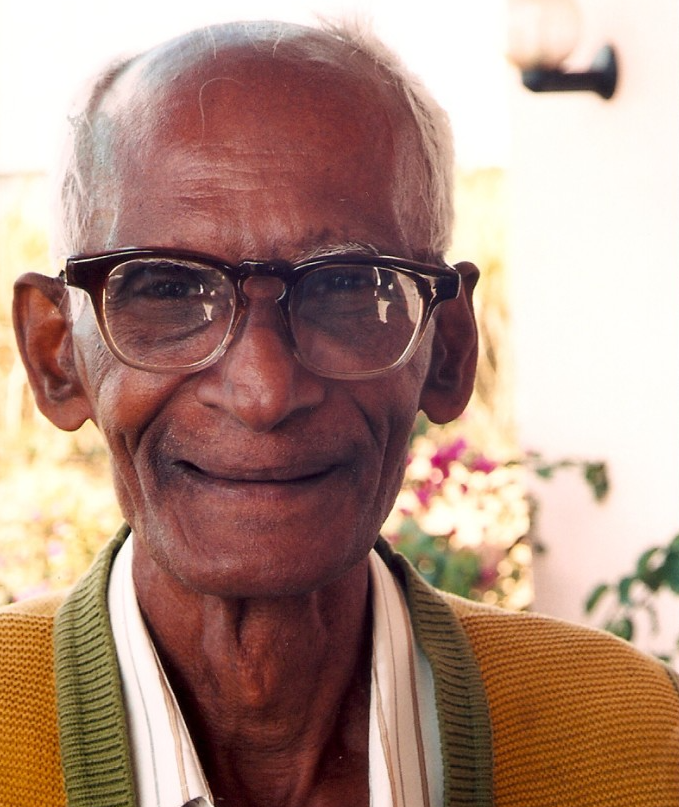 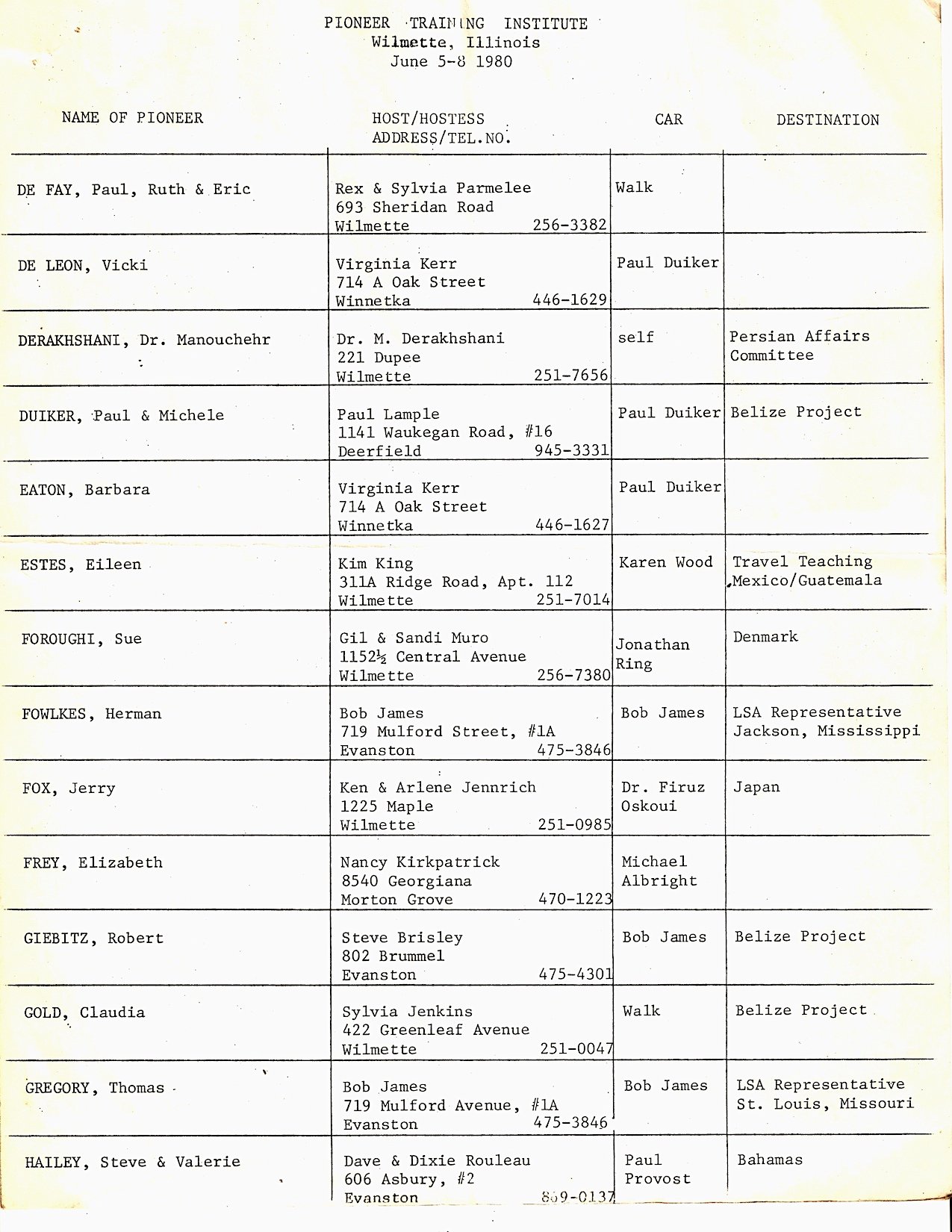 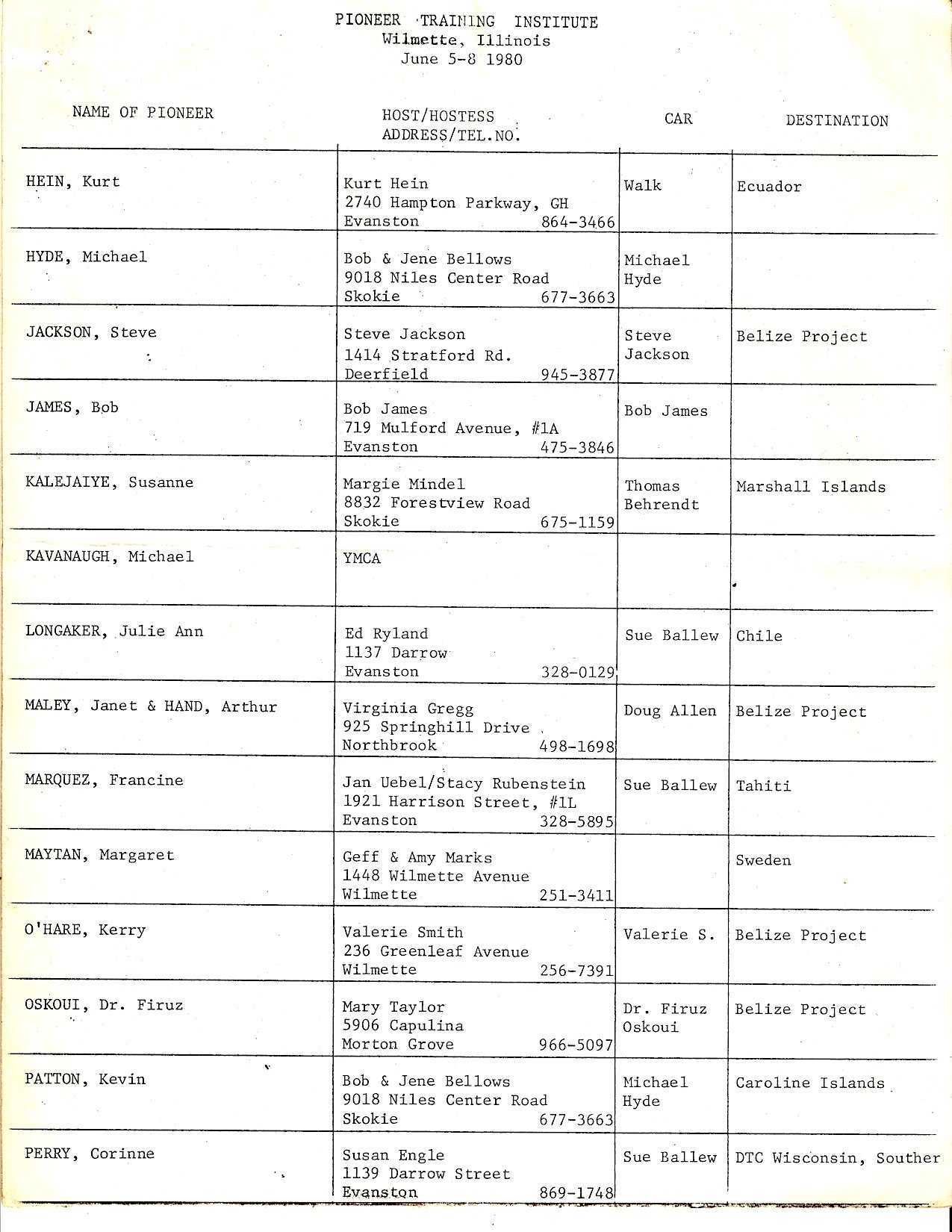 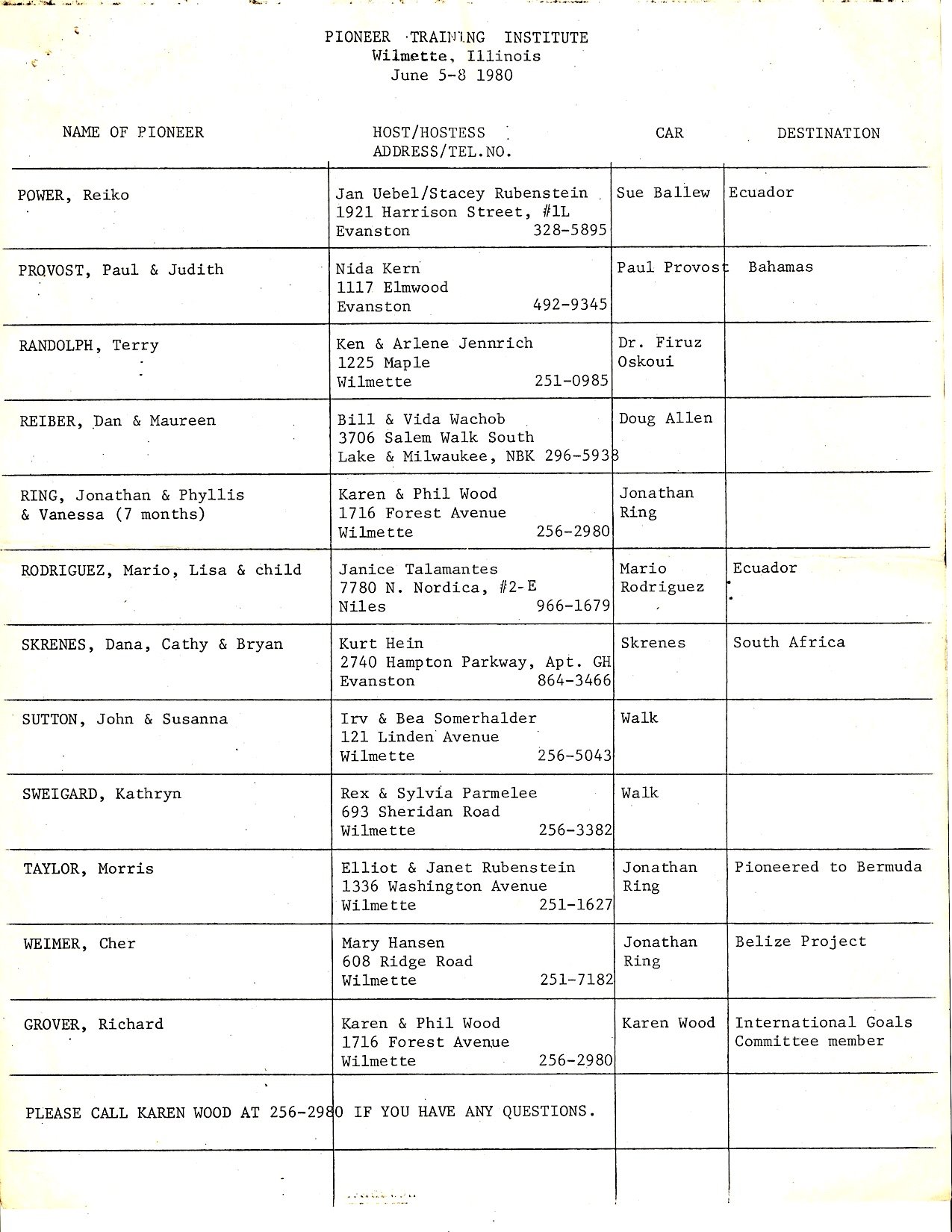