“I have lived in this land all my life. Here I was born and it is here that I obtained manhood. It is a beautiful land rich in forest, mountains, valleys, rivers and streams. My people were formally coastal dwellers but sought refuge in the mountains to escape the menace of the Spanish colonizers and the murderous intent of the Moro raiders. Oh! If the deeply rutted trails could speak, they would tell of the countless bare feet that have trod these pathways in search of roots, coconut, herbs, and water. They would tell of the transport of bamboo needed to build our homes,

and of burial of the countless many that succumbed to sickness. The trails would also tell of the happy times, of children playing, of successful hunts, and returns after long absences. Yes! If the trails could speak, civilization would benefit from the knowledge revealed. Beyond this island, the world knows not of my existence. However, I am certain that there are other people in this world just like me. I’m called indigenous by some, native by others and primitive by the prideful few. I am, Mangyan.”

The Baha’i tutorial schools operate based on core teaching of the Bahá’í Faith, i.e., the “oneness of mankind”, “spiritual nature of being”, “unity in diversity” the “equality of men and women”, etc. These principles are among the first elements taught and practiced by the Mangyan communities. They are applied through the Baha’i administrative process, designed to assist the villagers in developing a strong sense of Baha’i values. These values help ensure the functional ability of the Mangyan people in their efforts to manage and maintain successful tutorial schools in the villages.

The success of the program is dependent on volunteers. The term of service is one to two year period, based on the availability of volunteers and community needs. The least term of service is 6 months. After a 3-month general apprenticeship, volunteers (mainly lowlanders) receive their assignments. They live full-time among the villagers, functioning as those whom assist rather than authoritherians. Meetings are held monthly with parents and tutorial schoolteachers, and refresher courses and seminars for the teachers are conducted twice a year. Since 19__ approximately 32 volunteers were trained, to include 11 Mangyan youths and 21 lowlanders. Some volunteers are committed to the long-term having served continuous for up to seven years. The program is a success and has expanded to include 12 tutorial schools in various villages. 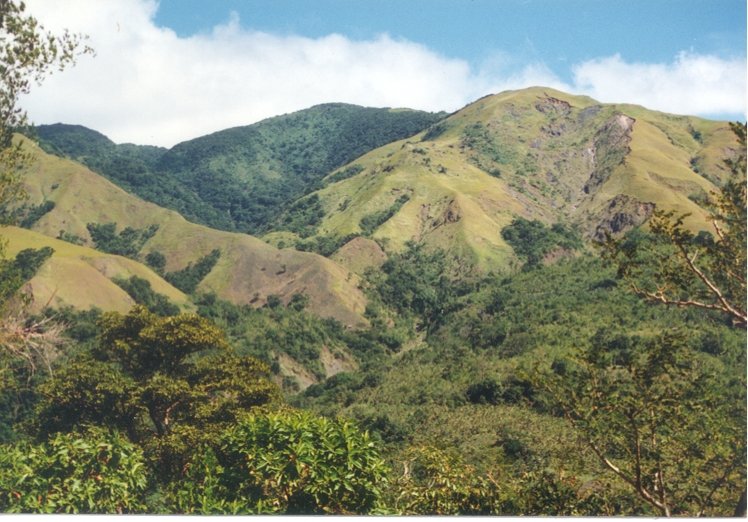 This village serves is the home-base for Baha’i pioneers and from which they travel to other locations to engage in Baha’i teaching and community consolidations efforts.

“Bimbo” Burias is originally from Manila. A few years ago he moved to the Uplands as a Baha’i home front pioneer. He later married a Mongyan woman and now have three children (one adopted). He and his wife are expecting an additional delivery in May 1997. The family resides in Timbangan.

The spirit of Baha’i and dedicated service to the Cause of Baha’u’llah is very high among these home-front pioneers and TS teachers. 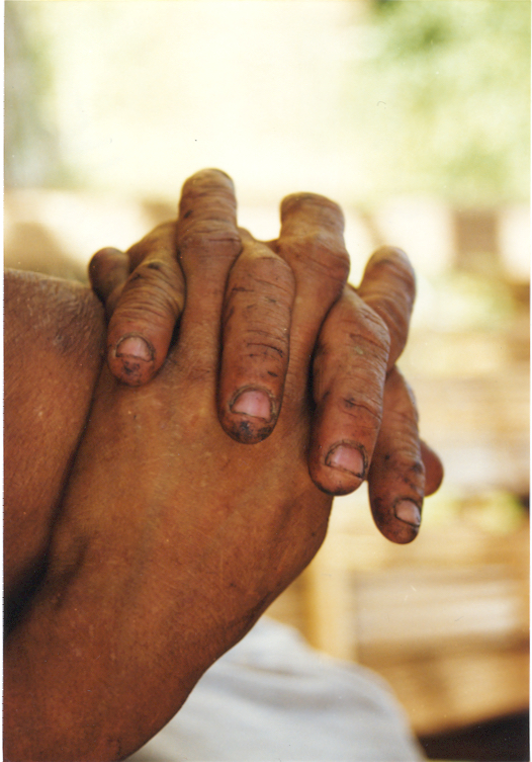 Mangyan is the generic name for the eight indigenous groups found on the island of Mindoro, each with its own tribal name, language, and customs.  Click on the above photo to learn about their origins, practices, religion, and lifestyles. 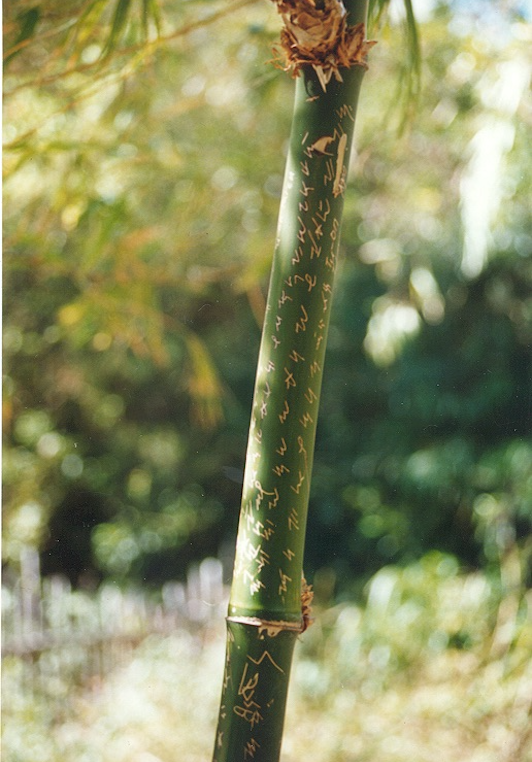 Due to the relative mountain isolation the Hanunuo-Mangyan peoples of Mindoro they have managed to retain their indigenous way of writing until the present day, engraving it mainly on bamboo joints or slats with a small knife. A fellow traveler and member of our group he assisted in carrying vital necessities like food and water.  He’s seen here preparing coconut to access the much needed thirst quenching liquid (coconut water) contained inside. 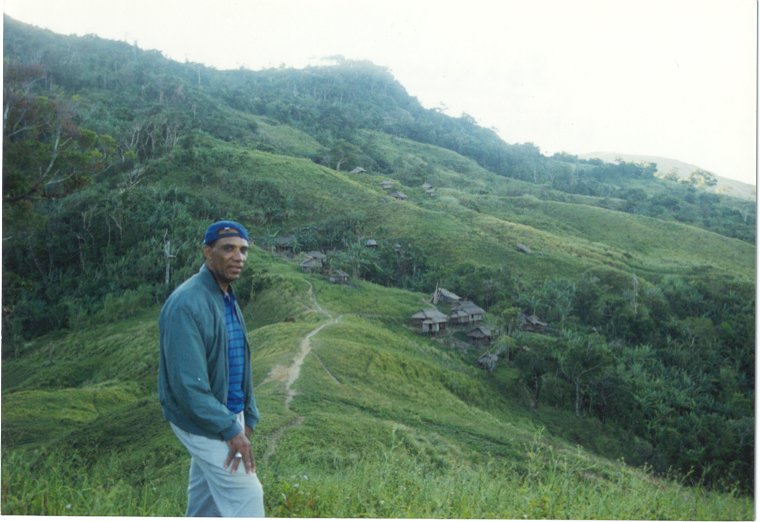 Terry Randolph – Overlooking Songay Village, one of five villages visited over a two week period.  There is no way in or out of this rugged mountainous terrain except by foot.  No roads, no automobiles, only foot paths. 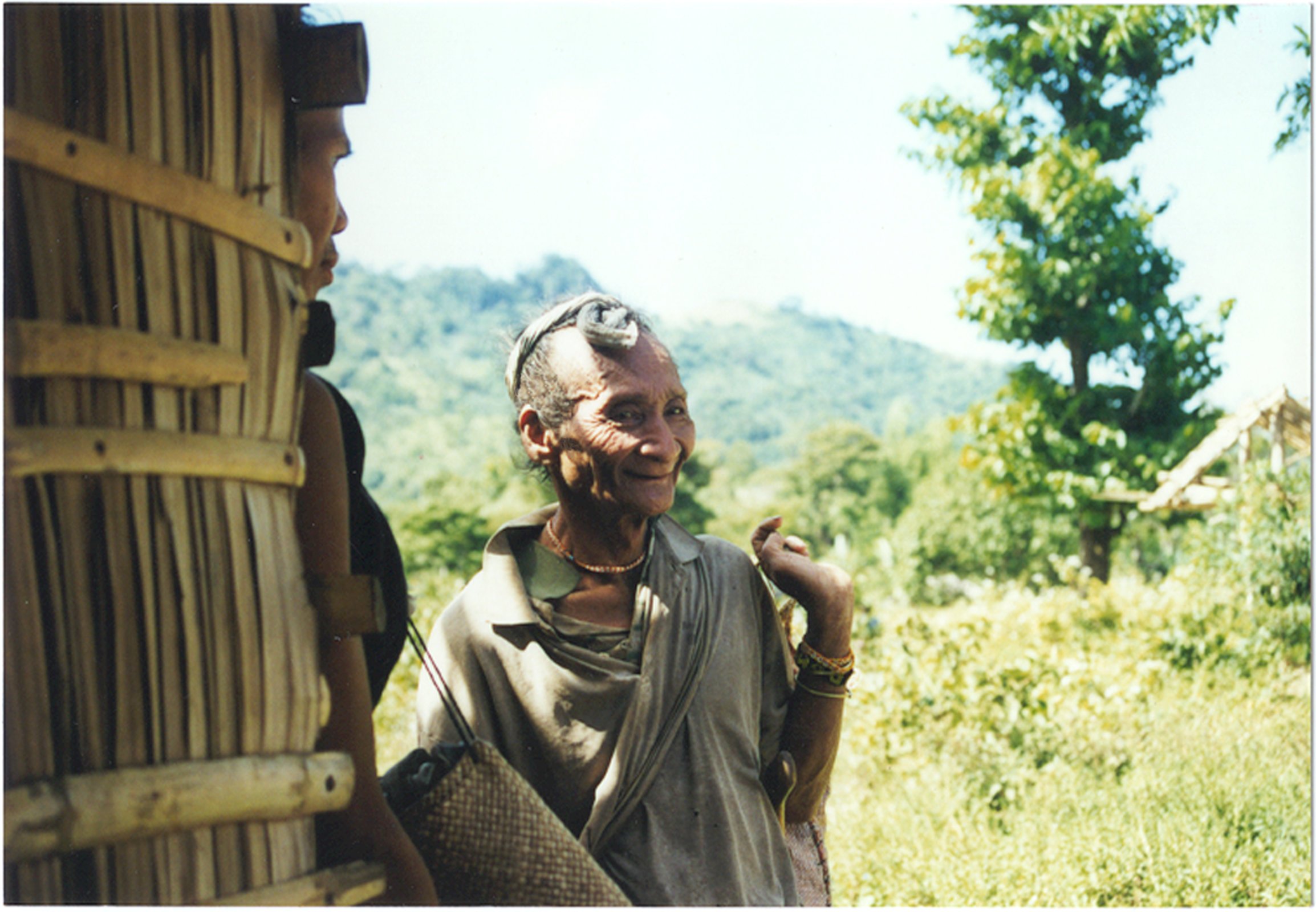 During our first stop at a central mountain location that’s intersected by various trails leading to other areas in this vast mountain range, one man happily poses for my camera.

As time progresses we will add more information about our experiences on the island of Mindoro. This will include a travel teaching trip report along with additional photographs. Many of my notes and journals have yet to be transcribed, photographs identified and enhanced (film to digital), then properly assigned. A great deal of time and effort is required. Though this Post is incomplete, still I have published it because perhaps those familiar with the Baha’i tutorial program in Mindoro during the 1990s would be willing to provide information. 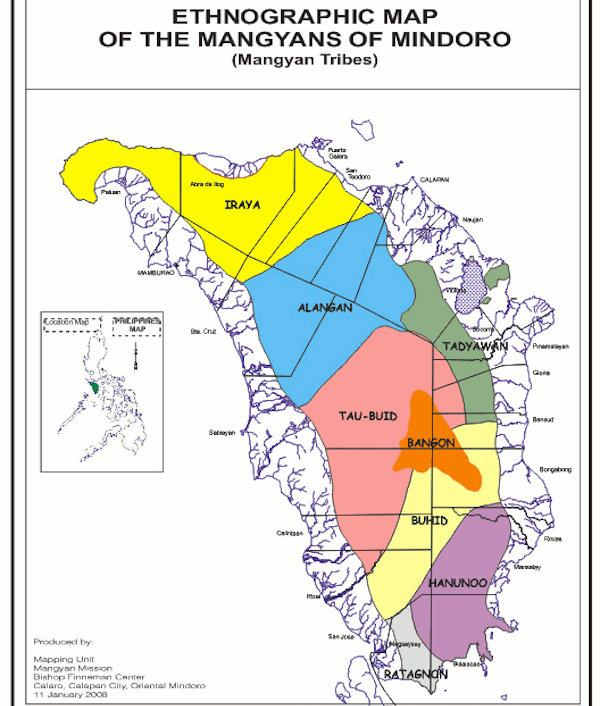 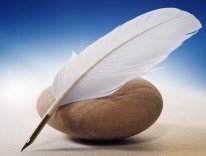 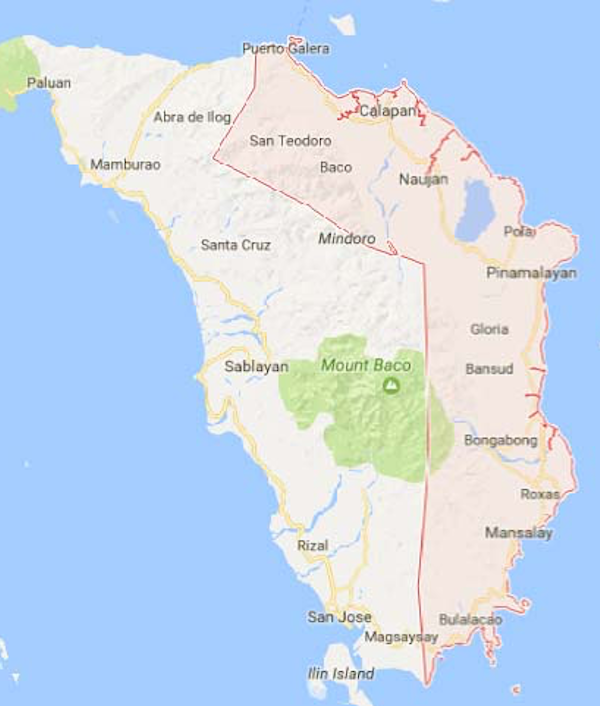