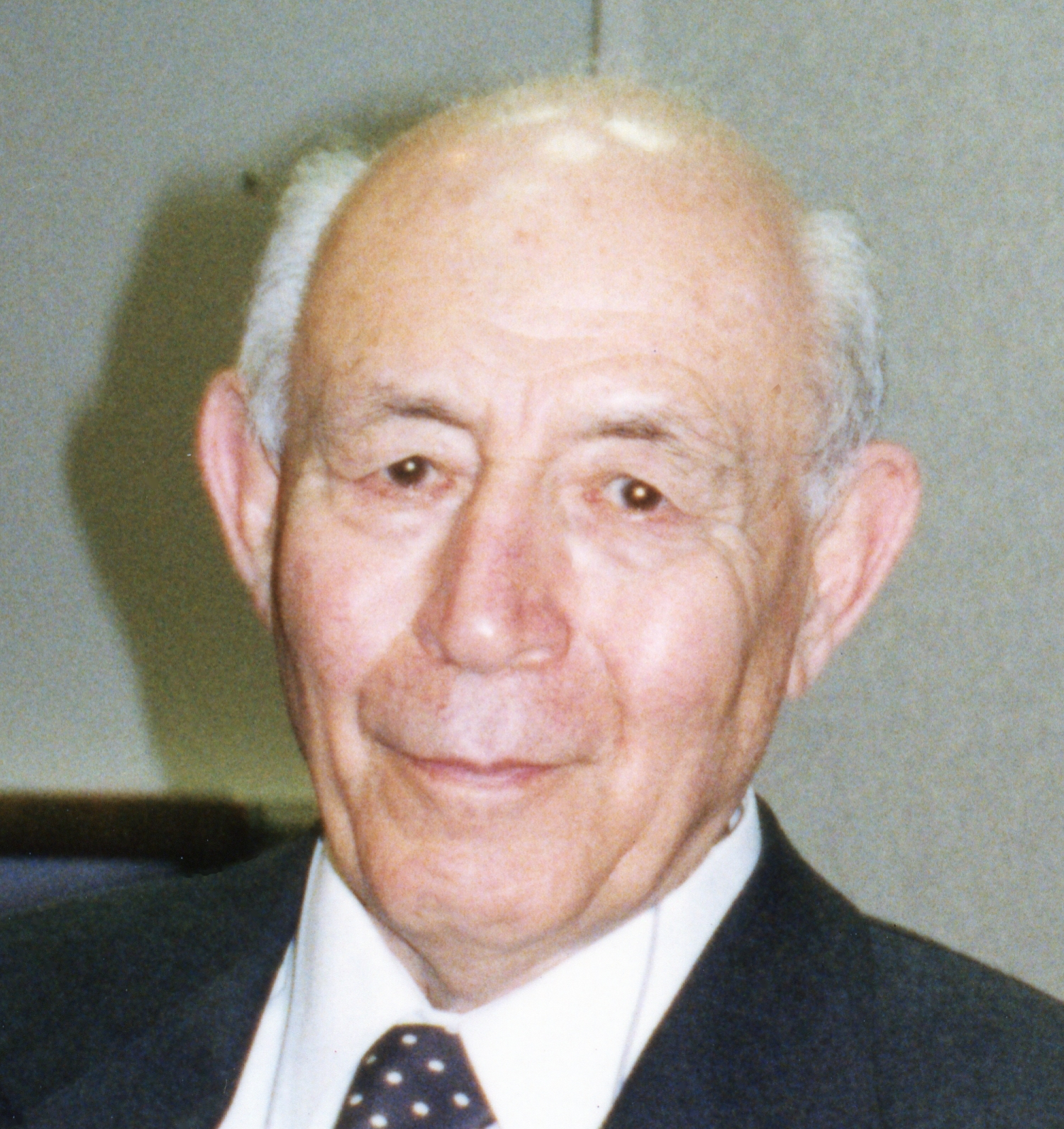 Mr. Abulqasim Afnan was a long-serving caretaker of the House of the Bab in Shiraz, Iran (Persia), and for a time his brother, Hassan Afnan, also performed this service. They are now deceased.

Abulqasim Afnan.  We first met when I arrived in Sharaz during December 1970, along with Zhila Maboobi and her brother, for my pilgrimage to the House of the Bab, the ‘Holy Threshold’, where the Babi Dispensation had its beginnings, and foundation for the subsequent Baha’i Revelation. Mr. Afnan, a descendant of the Bab, would be our guide.  Fast forward to 1993 and my attendance at the Friends of Persian Culture Conference being held in Evanston, Illinois (United States).  I learned that Mr. Abulqasim Afnan* was also attending, and immediately went in search of him.  This picture documents our meeting after a twenty-three year period and under totally different circumstances.

“On May 23, 1844, in Shiraz, Persia, a young man announced the imminent appearance of the Messenger of God awaited by all the peoples of the world. Although the young man’s given name was Siyyid ‘Ali-Muhammad, He took the name “Báb,” a title that means “Gate” or “Door” in Arabic. His coming, the Báb explained, represented the portal through which the universally anticipated Revelation of God to all humanity would soon appear. The central theme of His major work–the Bayán–was the imminent appearance of a second Messenger from God, one Who would be far greater than the Báb, and Whose mission would be to usher in the age of peace and justice promised in Islam, Judaism, Christianity, and all the other world religions. This event marks the start of the Baha’i Era. For the Baha’is the House of the Báb, where the Báb delared his mission is a Holy site.”

“The boldness of the Báb’s proclamation–which put forth the vision of an entirely new society–stirred intense fear within the religious and secular establishments. Accordingly, persecution of the Bábis quickly developed. Thousands of the Báb’s followers were put to death in a horrific series of massacres. The extraordinary moral courage evidenced by the Bábis in the face of this onslaught was recorded by a number of Western observers. European intellectuals such as Ernest Renan, Leo Tolstoy, Sarah Bernhardt and the Comte de Gobineau were deeply affected by this spiritual drama that had unfolded in what was regarded as a darkened land. The nobility of the Báb’s life and teachings and the heroism of His followers became a frequent topic of conversation in the salons of Europe. The story of Táhirih, the great poet and Bábí heroine, who declared to her persecutors, “You can kill me as soon as you like, but you cannot stop the emancipation of women,” traveled as far and as quickly as that of the Báb Himself.”

“This Promised One was Baha’u’allah (“The Glory of God”), and His followers are the Bahá’ís. Throughout the past century, the Bahá’ís of Iran have been persecuted. With the triumph of the Islamic revolution in 1979, this persecution has been systematized. More than 200 Bahá’ís have been executed or killed, hundreds more have been imprisoned, and tens of thousands have been deprived of jobs, pensions, businesses, and educational opportunities. All national and local Bahá’í administrative institutions have been banned by the Government, and Bahá’í holy places, cemeteries and community properties have been confiscated, vandalized, or destroyed.”